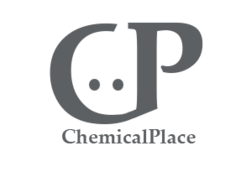 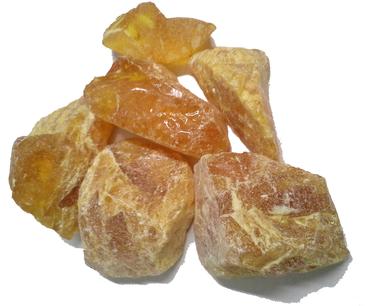 Rosin, also known as colophony or Greek pitch, is a solid form of resin obtained from pines and some other plants, mostly conifers, produced by heating fresh liquid resin to vaporize the volatile liquid terpene components. It is semi-transparent and varies in color from yellow to black. At room temperature rosin is brittle, but it melts at stove-top temperatures.

The unique physical properties of rosin make it the natural choice for many products and many industries which include but not limited to adhesives, paint, ink, textile, soap and paper industries. In addition to its extensive use in soap making, rosin is largely employed in making varnishes (including fine violin varnishes), sealing-wax and various adhesives. It is also used for preparing shoemakers' wax, as a flux for soldering metals, for pitching lager beer casks, for rosining the bows of musical instruments and numerous minor purposes. Rosin is also a main ingredient of many healing salves made using traditional recipes.

Rosin is the resinous constituent of the oleo-resin exuded by various species of pine, known in commerce as crude turpentine. The separation of the oleo-resin into the essential oil-spirit of turpentine and common rosin is effected by distillation in large copper stills. The essential oil is carried off at a temperature of between 100° and 160°C, leaving fluid rosin, which is run off through a tap at the bottom of the still, and purified by passing through straining wadding.

Rosin varies in color, according to the age of the tree from which the turpentine is drawn and the degree of heat applied in distillation, from an opaque, almost pitch-black substance through grades of brown and yellow to an almost perfectly transparent colorless glassy mass. The commercial grades are numerous, ranging by letters from A, the darkest, to N, extra pale, superior to which are W, window glass, and WW, water white varieties, the latter having about three times the value of the common qualities.

Other sources of rosin include rosin (called tall oil rosin) obtained from the distillation of Crude Tall Oil (CTO). Crude Tall Oil is a by-product obtained from the kraft paper making process. Additionally rosin may be obtained from aged pine stumps. This type of rosin is typically called wood rosin. In this process, aged wood stumps are chipped and soaked in a solvent solution. The solvents are recovered along with the rosin, fatty acids, turpentine, and other constituents through distillation.

On a large scale, rosin is treated by destructive distillation for the production of rosin spirit, pinoline and rosin oil. The last enters into the composition of some of the solid lubricating greases, and is also used as an adulterant of other oils.

Prolonged exposure to rosin fumes released during soldering can cause occupational asthma (formerly called colophony disease in this context) in sensitive individuals, although it is not known which component of the fumes causes the problem. See MSDS

Where to Buy Gum Rosin:

ScienceKitShop.com offers both Honduran Rosin and Brazilian Rosin and you get free shipping in the USA.

The South Atlantic and Eastern Gulf states of the United States is also a chief region of production. American rosin is obtained from the turpentine of Longleaf Pine Pinus palustris and Loblolly Pine P. taeda. In Mexico, most of the rosin is derived from live tapping (gum rosin) of several species of pine trees, but mostly Pinus oocarpa, Pinus leiophylla, Pinus michoacana and Pinus montezumae. Most production is concentrated in the west-central state of Michoacán.

The main source of supply in Europe is the French district of Les Landes in the departments of Gironde and Landes, where the Maritime Pine P. pinaster is extensively cultivated. In the north of Europe rosin is obtained from the Scots Pine P. sylvestris, and throughout European countries local supplies are obtained from other species of pine, with Aleppo Pine P. halepensis being particularly important in the Mediterranean region.